One Client’s Journey From DACA To Permanent Residency 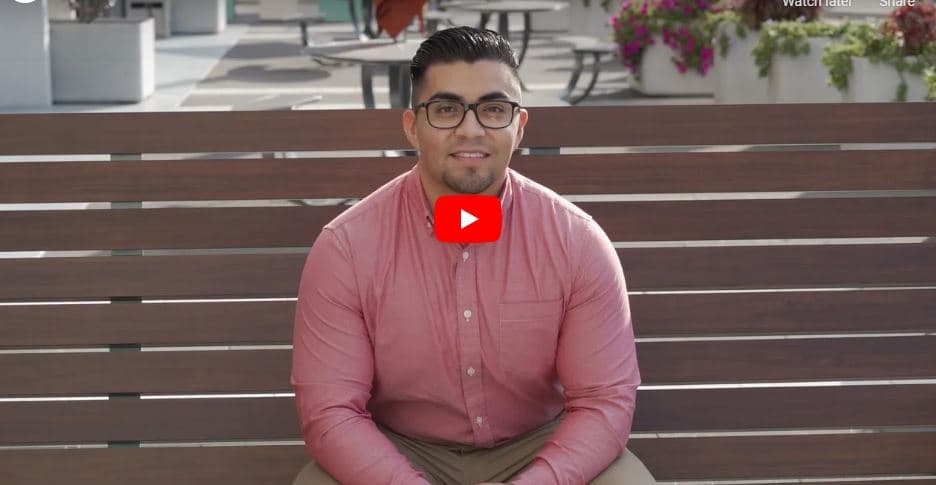 If you come to the United States without permission or legal status as a child, you may not realize until you are older that you don’t have the same privileges as U.S. citizens. Pablo Balbino was brought into this country by his parents when he was just five years old. As he grew older, he realized what it meant to be undocumented in the U.S.

The police pulled him over one day after he had graduated high school, and he received a traffic violation. At that time, he was a Deferred Action for Childhood Arrivals (DACA) recipient and was scared of losing his legal status. He was newly married and had a baby at home and was terrified of what this could mean for his family’s future. Would he be separated from them?

He made the smart choice to contact STERN Law. He was married to a U.S. citizen, but initially did not qualify to apply for a green card inside of the U.S. We helped him to overcome major hurdles that would have required him to take the risk of leaving his wife and children to apply for residency in Mexico. Through our legal strategy, he stayed together with his family in the U.S. for the entire time until he was granted legal residency! We moved ahead to secure permanent residency for 10 years, and next is citizenship!

The sky is the limit for Pablo and his family! Rather than living in fear of losing DACA status or being deported back to Mexico, Pablo is relaxed and happy with his life as a permanent resident here in the United States. His future is secure, and his family is safe. They don’t have to worry about being separated. He was able to achieve his career goals as an accountant and, ultimately, his American Dream.

This story is all-too-familiar for many immigrants around the United States. Many people come here as children and grow up without the proper documentation. Some have gotten DACA protection later on, but many have not. It is an uncertain time to live in the U.S. as a DREAMER, or otherwise undocumented person, it is very hard to live with uncertainty.

If you find yourself in a similar situation to Pablo, he recommends STERN Law to help you obtain permanent residency. You don’t have to be afraid and uncertain when it comes to your future. STERN Law will guide you, just as we guided Pablo.

People who receive DACA are young people who have grown up in the United States and have little to no memory of the country in which they were born. They came here when they were young, most likely speaking English, and grew up like Americans.

Under the current immigration laws, they cannot gain legal residency despite living in the U.S. for most of their lives. Many of these “DREAMers,” like Pablo, didn’t realize they were not U.S. citizens until later in life, like when he wanted to get his driver’s license and was unable to.

DACA enables people raised like Pablo, who meet specific requirements, to receive certain benefits and remain in the country. They have to renew their DACA status now every 1-2 years. They are protected from deportation and are authorized to work in the U.S.

The requirements to qualify for DACA are:

While the general public widely supports DACA in the United States, the Trump Administration has threatened DACA recipients’ future. Many fear the program will be eliminated. Several civil organizations have encouraged DACA recipients to renew their permits as soon as possible.

Living as a DREAMER right now isn’t easy. DACA is not the same thing as citizenship or permanent residency. If you are concerned about your legal status, it is time to take the next step to secure permanent residency in the United States. Residency is only possible if you have qualifying relatives.

If you are uncertain about your future, even with DACA benefits like Pablo was, you should take the next steps and obtain your permanent residency. Through certain circumstances, DACA recipients can get permanent residency. It doesn’t need renewal as often, it grants you the right to live and work in the U.S. on a more permanent basis, and you won’t have to worry about losing your DACA status.

Some of these options are:

You may be eligible for permanent residency as:

Regardless of your current situation, please don’t try to obtain your permanent residency without experienced legal counsel. This is an important opportunity for you, and you don’t want to do anything that jeopardizes it.

If you want to obtain your permanent residency, Pablo recommends contacting STERN Law. We are upfront, honest, and we will guide you every step of the way until your green card is in your hands. You deserve your American Dream, and we will help you achieve it! Don’t wait any longer to secure your status.

Contact us to take the first steps to move your legal situation forward today.