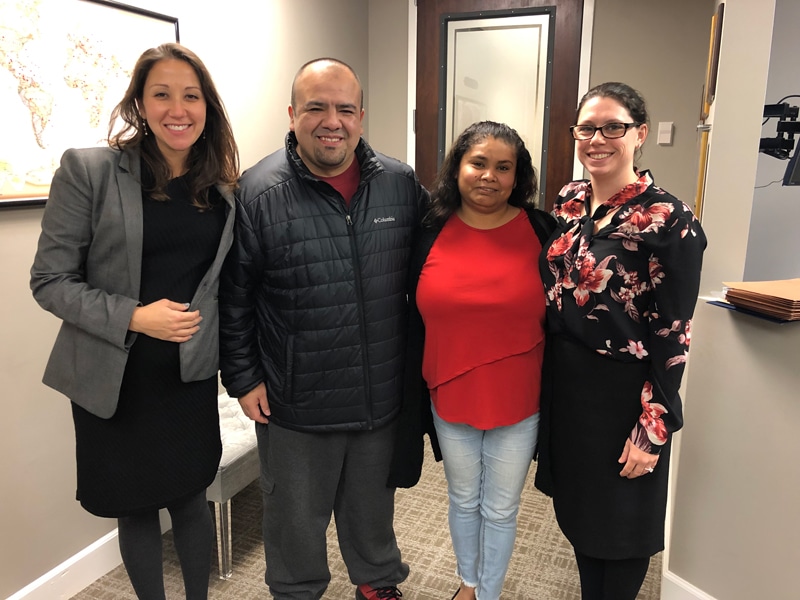 Attorneys Jessica STERN and Christina Champagne won a very rare Cancellation of Removal trial in the Atlanta Immigration Court. Our client was undocumented from Mexico and had lived in Atlanta for 20 years, supporting his family of seven on his own without any governmental support. His family almost lost it all when he was detained for driving without a license, and then detained by ICE. His perseverance through months in detention, along with the commitment of his family and strong support of the community who testified to his “good moral character,” gave us hope and motivation to fight hard against huge odds. Because we diligently and skillfully proved that his five U.S citizen daughters would suffer an “exceptional and extremely unusual hardship” if their dad was deported, our brave client is now home with his family and will soon be a Lawful Permanent Resident! It will be an exciting day for us all when his green card arrives.

How Productive was your Lawyer during COVID?
Crimes Of Moral Turpitude & Deportation
Who Will be Deported Under Biden?
Supreme Court Refuses to Rule if Probation Sentences are Confinement for non – U.S. Citizens
Ga. Legal Orgs Ask Justices To Review ‘Aggravated Felony’