Keep fighting for your dreams while we remove the obstacles 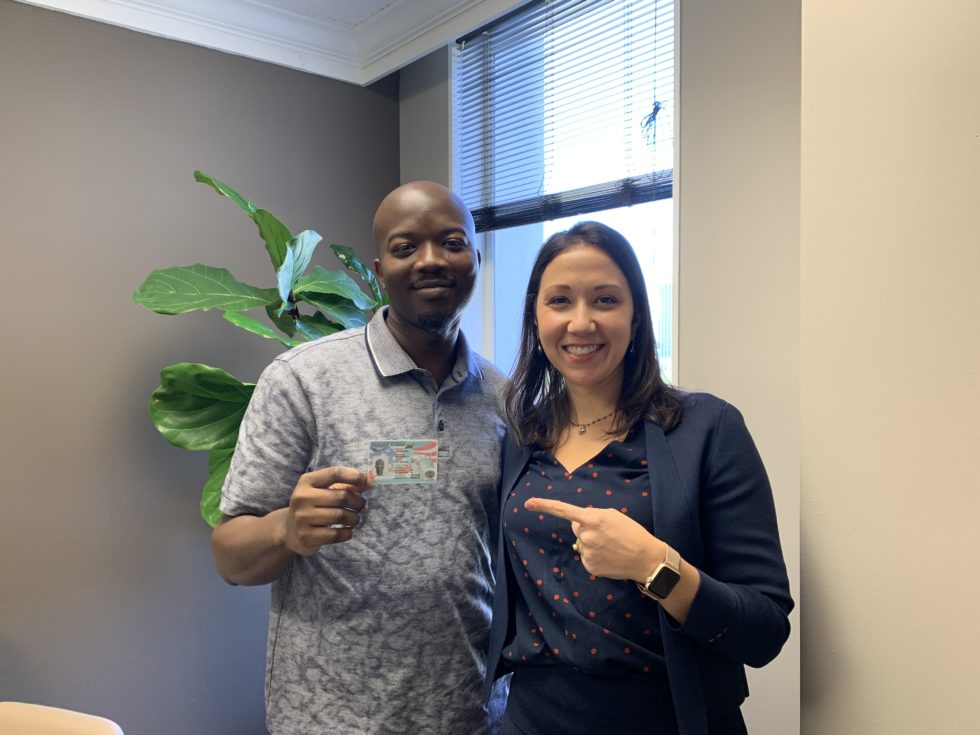 Every immigration journey is unique. When faced with complications, many lose hope. Read David’s story of perseverance. The decision to fight for your dream will change your future.

Our client, David, came to the United States as a college student from West Africa, which was a huge accomplishment for him and his family. David didn’t know at the time that America would become the place he’d call home.

Life continued, and David fell in love. He wanted to build a family. After getting married and becoming the stepdad to a young boy, David and his wife decided to apply for his residency. The process started out relatively simple since his wife was a U.S. Citizen, and he initially entered the U.S. legally with a visa. In the middle of this, however, he and his wife had a domestic dispute that led to David’s arrest. His wife hired STERN Law to protect their future. She knew David needed an Attorney who understood how to confidently represent non-U.S. Citizens in criminal cases. It was important to keep David from deportation or from more time in jail. STERN Law’s experienced team was able to overcome the 1st big hurdle -and the criminal allegations were dismissed. It was a big win for this couple who wanted to move forward with their lives after this scary, uncertain moment.

STERN Law overcame obstacle #2, and David was granted his conditional residency despite the earlier arrest. A couple of years later, when it was time to remove the conditions of David’s green card, David came back to STERN Law to secure his 10-year permanent residency. Sadly, around that time, things were not working out for the couple, and a new, false allegation was made against David by his wife. STERN Law recommended that David, this time, hire a different criminal defense attorney because of a potential conflict. Unfortunately, this Attorney didn’t fully understand immigration law, and she advised that David enter a guilty plea to a lower offense without confirming the impact on his immigration status. This would have been an excellent recommendation for a U.S. Citizen but a certain end to life in the U.S. for a non-us citizen. David followed the Attorney’s advice and found himself in big trouble for his immigration status.

Looking for Criminal and Immigration expertise

David knew of our expertise. He came back to our firm for Obstacle #3: Post-conviction Relief – to appeal the wrongly entered conviction. We knew it wasn’t an easy argument, but one of David’s most important attributes is strength. He didn’t feel defeated even when his world was coming apart. David’s commitment and confidence in our team helped us succeed. He believed in our work. David knew that he needed to trust us when we had to make tough decisions. He was committed to his dream. We won! David’s conviction was overturned. His charges were dismissed. His permanent residency was granted!

Together we are stronger

After five years of battles, setbacks, and hurdles, together, we crossed the finish line. David has a different life now. He divorced and married the right woman for him. They have a beautiful son who is now three years old. They have a happy family. David has a successful real estate career with a master’s degree in business. He has a job that he loves and a family that he cherishes.

Since the beginning, we knew that David had an opportunity. Even though it wasn’t going to be easy, we were able to overcome the obstacles because David believed in himself. You don’t need to know everything about our immigration and criminal system, but you need a team that does. David’s dream was our motivation, and after many years, we are proud and happy to see him living a life that could have so easily been lost.