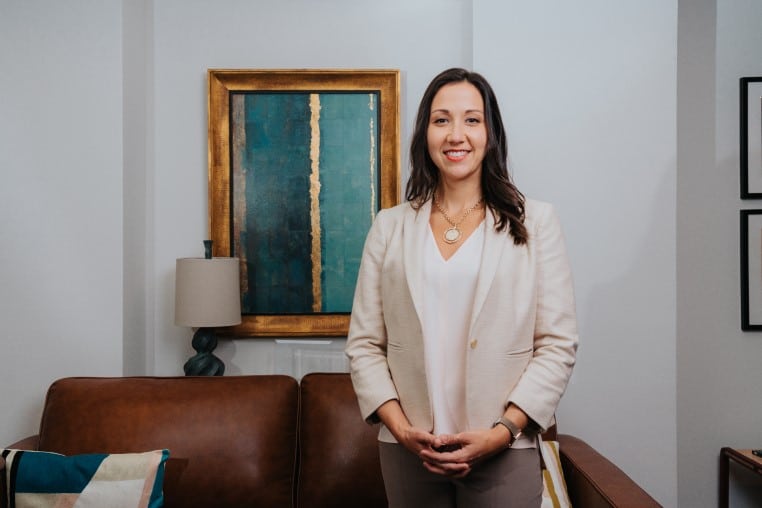 ATLANTA, GEORGIA — Jessica Stern, founder and managing (Cr)Immigration attorney at STERN Law, LLC in Atlanta, Georgia, filed a Petition for a Writ of Certiorari ("Petition") in the United States Supreme Court (“Court”), on December 7, 2021, on behalf of Petitioner Alfredo Nicolas Talamantes-Enriquez ("Petitioner" or "Talamantes"). Stern petitioned the Court to decide the issue of whether a probation sentence is one truly of straight probation or a sentence of suspended incarceration, transforming non-U.S. citizens into aggravated felons in certain circumstances even when their sentence was intended by the sentencing court to only be probation. This applies to even misdemeanor probation sentences. The Petitioner is appealing the 11th Circuit's decision, which misconstrues a probation sentence in the State of Georgia as a suspended sentence of confinement, thus ignoring the authority of a Georgia state court judge to impose a straight probation sentence. Petitioner was placed in removal proceedings, and the immigration judge upheld removability charges based on Petitioner's 2001 Simple Battery probation sentences. Stern has petitioned the Court to clarify that conflicting federal precedent should not be construed in such a way that every Georgia probation sentence is equivalent to a suspended sentence of imprisonment.

Because of the current conflict, immigration and federal courts in Georgia routinely rule that any probation sentence under Georgia law is actually a suspended sentence of imprisonment. As a result of this conflict in sentence interpretation, many individuals who have lived in the United States for many years and are otherwise eligible for relief from removal are unable to stop their deportation.

"Aggravated felony" is codified in 8 U.S.C. 1101(a)(43), which defines "aggravated felony" as "a crime of violence . . . for which the term of imprisonment [sic] is at least one year." 8 U.S.C. 1101(a)(43)(F). The Petition asserts significant support for the position that Petitioner's sentence was not a "term of imprisonment" but rather a straight probation sentence.

Talamantes was sentenced to a year of "straight probation," as clarified by a state court order issued to correct an original error in an earlier order. The sentencing court stated unequivocally that no portion of that sentence was prescribed as anything other than probation. Petitioner's case allows the highest Court to finally resolve this conflict; a straight probation sentence of 12 months issued by a state court judge should bejust that – a sentence of 12 months of probation.

"The importance of overturning the 11th Circuit's decision cannot be overstated, which is why we have filed this appeal to the United States Supreme Court. If the 11th Circuit's decision stands, it will have far-reaching consequences. Thousands of non-citizens will have their lives and families torn apart with absolute deportation if probation sentences, whether for felonies or minor misdemeanors, are now considered confinement sentences and convert their conviction into aggravated felonies," says Stern.

Stern regularly joins CNN as a legal analyst. She has discussed immigrant family separation under the Trump Administration; the cancellation of DACA, and the fate of the hundreds of thousands of non-U.S. citizens affected by it; and the government's travel bans and overall immigration and deportation policy changes. Stern is regularly invited to panels and discussions with legal practitioners, politicians, community members, policy-makers, journalists, and many other experts in the field.

At STERN Law, we defend the American Dream for all non-U.S. citizens! We are not intimated by your past or your record. In fact we encourage all non-U.S. citizens with criminal records to hire us to get your criminal case dismissed or removed and to secure a legal immigration status for you and your family in the United States of America.

Trust us because we know how intimidating it is to walk into a courtroom or government building, where your freedom and liberty are at stake. We also know how hard it is to understand the legal process and the rights that you have as a non-U.S. citizen. Rest assured that if you hire STERN Law you will be made fully aware of all options surrounding your situation as well as several strategies. You will gain an experienced legal team who will use their expertise and compassion to relentlessly help you achieve your desired result.

If you feel confused, alone, or judged by the system, let STERN Law serve as your most trusted counsel.