What types of criminal charges can make me ineligible for legal immigration status or inadmissible? 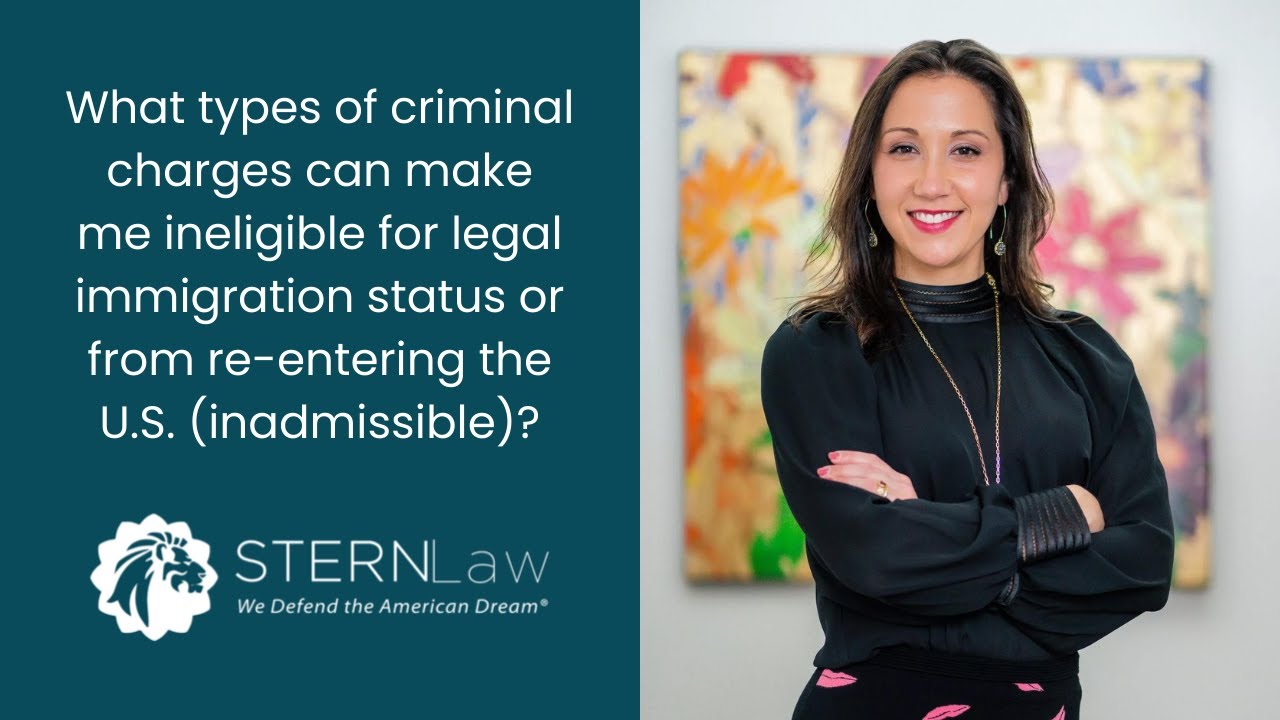 For a non-US citizen in any immigration category, there are a large number of criminal offenses that can make you inadmissible. What's inadmissible? Inadmissible is when somebody is trying to become a resident for the first time, get their green card for the very first time, but a criminal conviction is preventing them from being able to because they're found inadmissible. Or, it's somebody who's outside of the United States, could even be somebody who has a green card already, who's trying to come into the US, but they can't. They're blocked because of a criminal conviction that they have.

The types of criminal convictions that are inadmissible offenses are crimes involving moral turpitude, which you know, there's no list, unfortunately, but it's basically fraud offenses, theft offenses, violent types of offenses, and others. There's every single drug conviction makes you inadmissible to the US, even just one misdemeanor marijuana conviction that will make you inadmissible, firearms offenses, violent offenses, and there's more. There's not one list, unfortunately, that you can just read online and figure out if you're inadmissible. And in fact, this is something we see so often with legal permanent residents, you know, somebody who has their green card already. A lot of times they think there's going to be no issue leaving the country and coming back in because they're a green card holder. But, you know, please be careful if you're a resident because a conviction can block you from being able to come back in and would actually put you into deportation proceedings.