What is a crime of moral turpitude & how does it affect immigration? 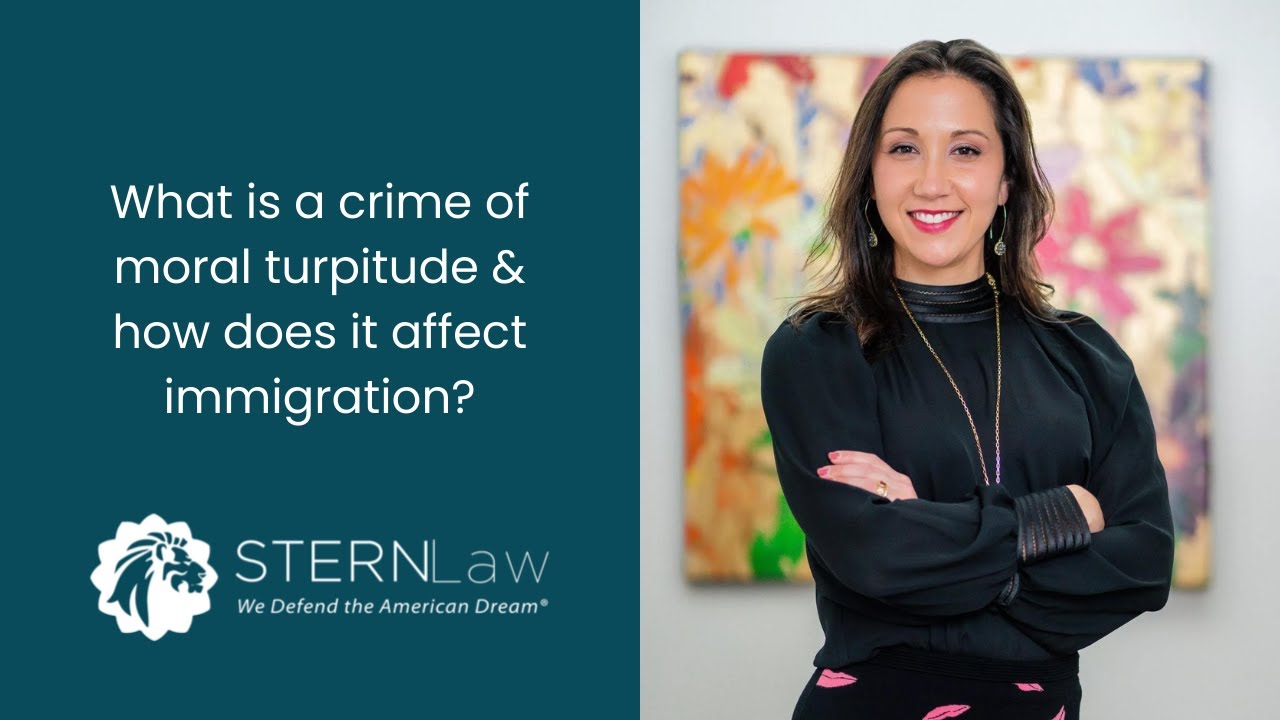 Crimes involving moral turpitude are some of the most complicated criminal offenses to figure out and to analyze, because there's not one definition in cases that have been decided by appeals courts and the Supreme Court, and you know, the Board of Immigration Appeals, they have given us some examples of what offenses are crimes involving moral turpitude. And basically, the way that we figure this out, is you know, if it's an offense that violates the common decency of the public, right, or where we would think that a person is supposed to act a certain way in our society, if it violates that like common sense of decency, that's typically going to be an offense, that's a crime involving moral turpitude.

It's going to be like theft offenses, fraud offenses, violent types of offenses and others. But it does require you to look at cases, you know, in the way that cases have been decided in the jurisdiction where you are to see if that offense that you're charged with actually is a crime involving moral turpitude or not. Why does it matter if you have a crime involving moral turpitude? Well, these can make you deportable.

Even if you are a longtime green card holder permanent resident, crimes involving moral turpitude can make a person inadmissible somebody who maybe doesn't have immigration status yet, but they're applying for the first time for residency, that one conviction can prevent you from becoming a resident, or that crime involving moral turpitude could make a longtime permanent resident enable to come back to the United States after an international trip. And we see that happen all the time. And then ultimately, that green card holder faces deportation.

So there's a lot of reasons why you want to be aware of crimes involving moral turpitude, and prepare yourself before you apply for immigration benefit, or before you leave the country for a trip. We're here to help you. This is what we specialize in. We understand the unique consequences of criminal convictions for you as a non US citizen, so reach out to us we'll help you.