What happens if I have a conviction for an inadmissible crime when I am already in the US? 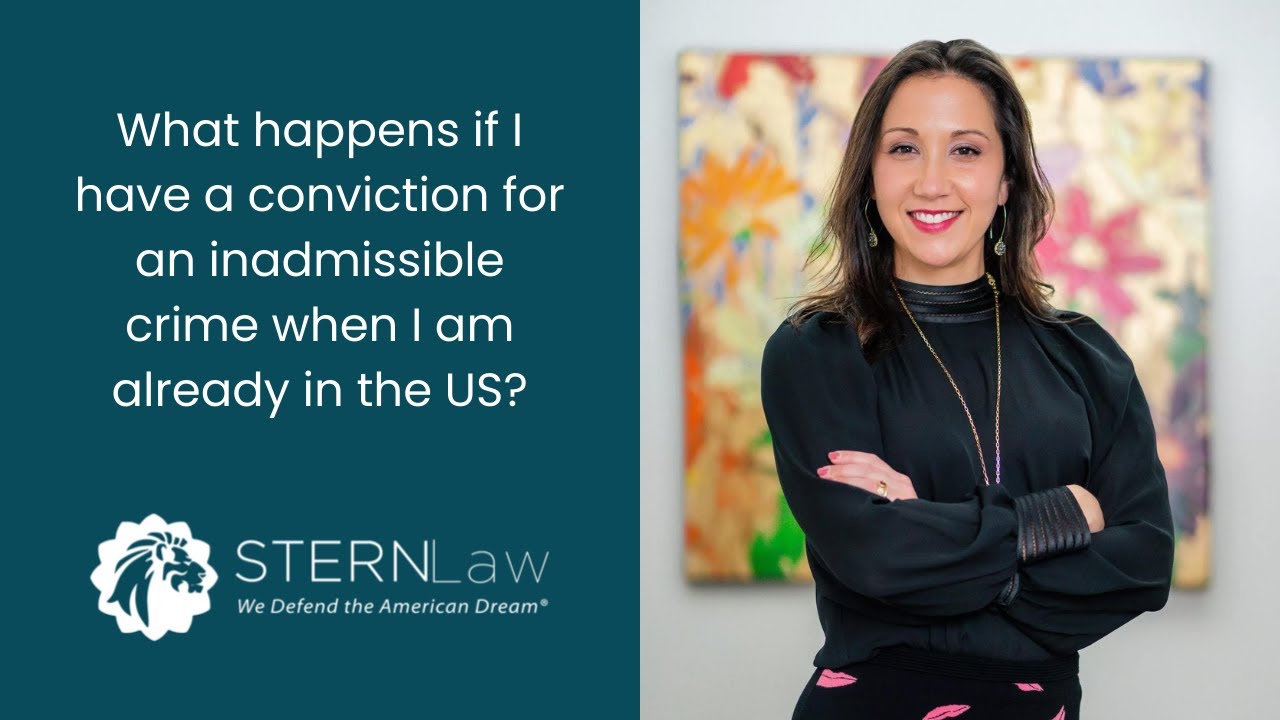 If you are a non-US citizen in the United States and you have a conviction that makes you inadmissible, that basically means that it's going to get in the way of you achieving legal residency. So, for example, if you're here in the United States and you have a pending application for residency, even though you're not trying to come into the United States physically, from outside, you are trying to still seek admission. It's legally called admission, you know, when you're trying to become a resident and be admitted as a resident for the first time. So, your conviction still is going to be looked at by immigration, and they're going to analyze whether your conviction makes you admissible, makes you eligible for legal residency.

So, you'll want to talk to an experienced crimigration attorney before you apply for residency so that the attorney can look and see if this conviction is going to prevent you from residency. And sometimes, if you apply, you know, on your own or with an inexperienced attorney who doesn't know crimmigration, not only could you be denied for residency, but it could also result in your situation being sent over to ICE to look at the potential for deportation. So, it's really important to just get it right from the beginning. All it takes is a phone call or conversation. We're really easy to talk to you. We'd be happy to help you. Just let us know how we can help.