Is a suspended sentence a conviction for immigration purposes? 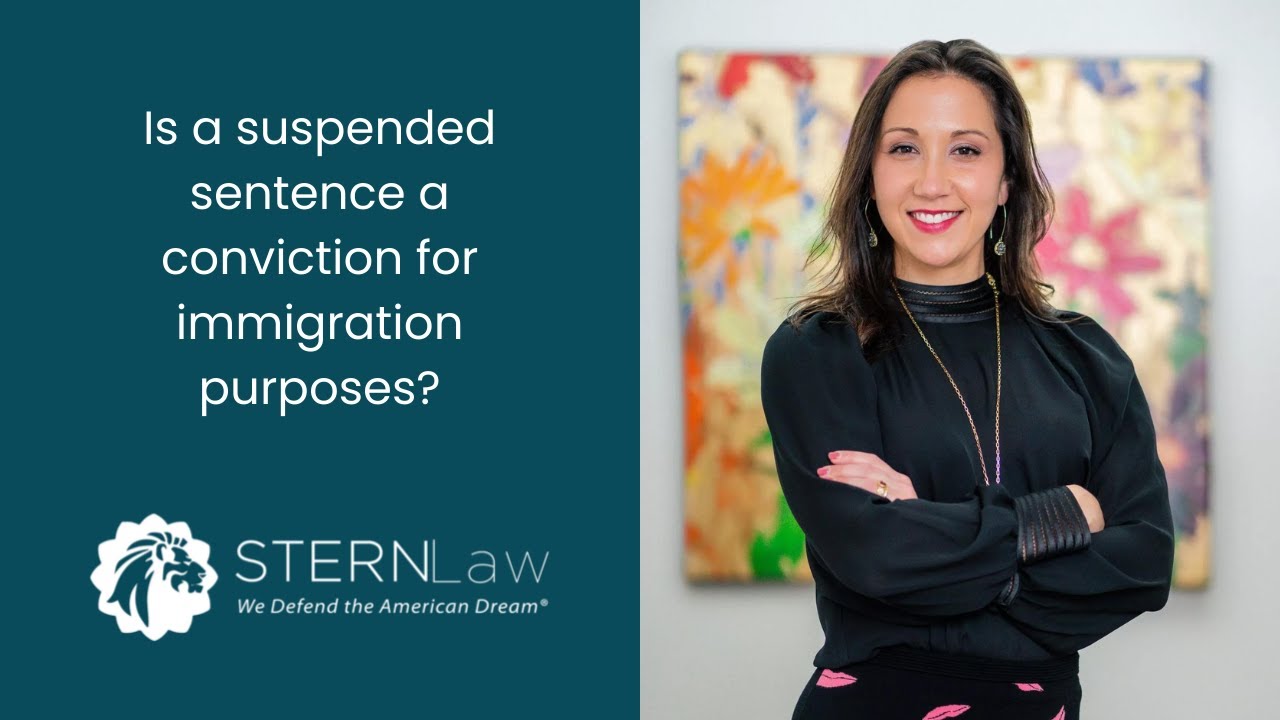 A suspended sentence is a conviction for immigration purposes. A conviction for immigration purposes is when there is some admission to the elements of that offense. Right. And that's either an admission of guilt or like a Nolo or no contest plea, plus some restriction of your liberty by the judge, right, the judge required you to do something, some sort of condition that you have to do as part of this sentence.

So a suspended sentence, even though you might not have to actually go to jail or actually be reporting to a probation officer, you're still under a period of time a sentence, where you're not allowed to do certain things, or you have to do certain things like not break the law, or, you know, maybe check in every so often, or pay a fine, right, any of those things are going to be considered a conviction. And actually, you know, unfortunately, there's some immigration authorities that have been recently interpreting suspended sentences as confinement or jail sentences.

And why is that important? Because a jail sentence can actually really increase the consequences of a conviction for someone, like, for example, an aggravated felony becomes an aggravated felony when you have a certain type of offense, plus a year or more in confinement, and so a suspended sentences have been interpreted as suspended periods of confinement and can actually be much more serious than a probation sentence. So if you're wondering about your suspended sentence, it's really a great idea to reach out to a CrImmigration attorney to make sure you know for sure how an immigration authority is going to look at that suspended sentence. We can help you just let us know.