If I have a green card and have been charged with a crime, do I still need a crImmigration lawyer? 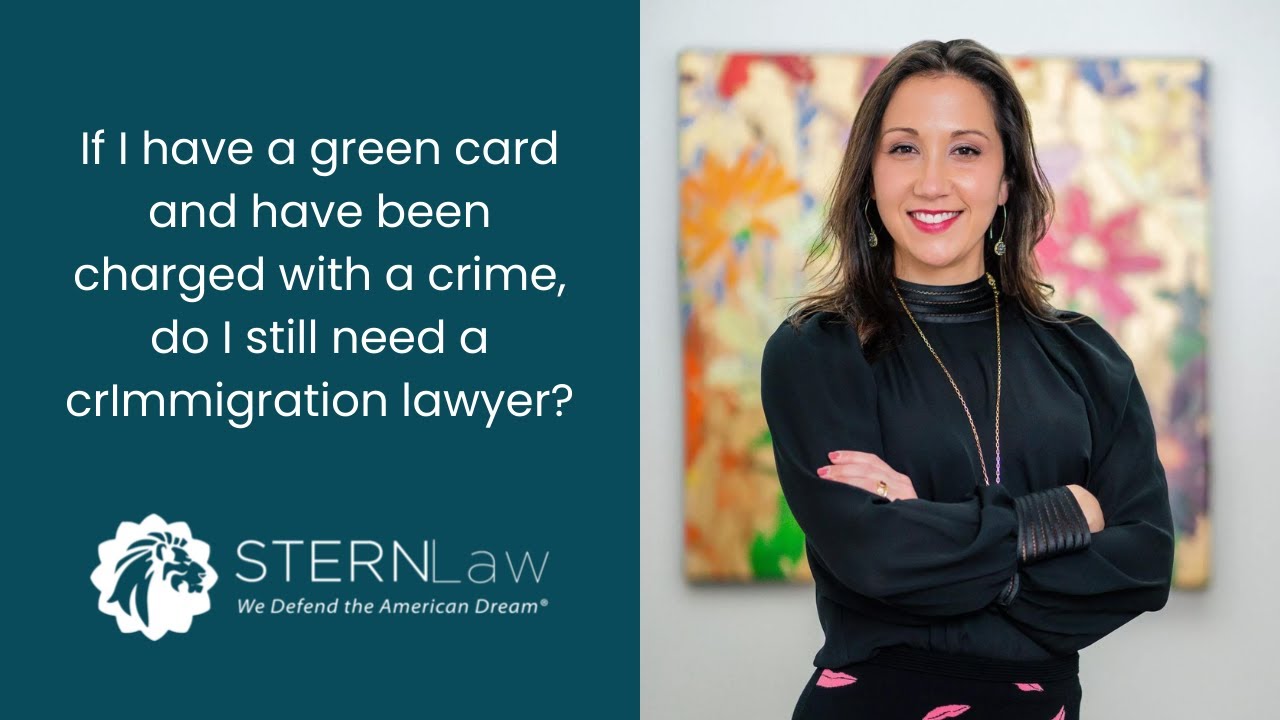 Legal residents or green card holders still face very serious consequences if they have a criminal conviction. And a lot of times, green card holders think, you know, I've got my green card. I've lived in the United States for so many years, I have all these privileges, almost as many privileges as US citizen, it really shouldn't matter. And we see so often residents, you know, not take their convictions seriously. And, you know, they might travel internationally because they've got a conviction that's really old. And oftentimes, they're blocked from coming back into the United States, and they have to face deportation proceedings when they come back in. So basically, the important thing to remember is that if you're not a citizen yet, right, it doesn't matter how long you've lived here as a resident, if you're not a citizen, yet, you still are.

Under the laws of immigration, right, the laws of immigration apply to you, which means deportation applies to you, possibly being inadmissible to the US applies to you. And when it comes time for you to apply for citizenship, they're also going to be judging your good moral character, which looks back at any criminal history as well. So the best thing that you can do after you've worked so hard to get to where you are as a permanent resident, is to not you know, mess it up when once you're almost at the end of the finish line, right?

So get a CrImmigration attorney who's experienced who knows what they're doing, who has a track record of specializing in just the specific needs that you have, for somebody who's not a citizen, that has some sort of interaction with law enforcement on the record. We know just how to help you, you deserve to be in the best of hands and we've got your back.