The Perfect Storm: Trump will Use Pandemic to Pass Anti-Immigrant Laws & Policy 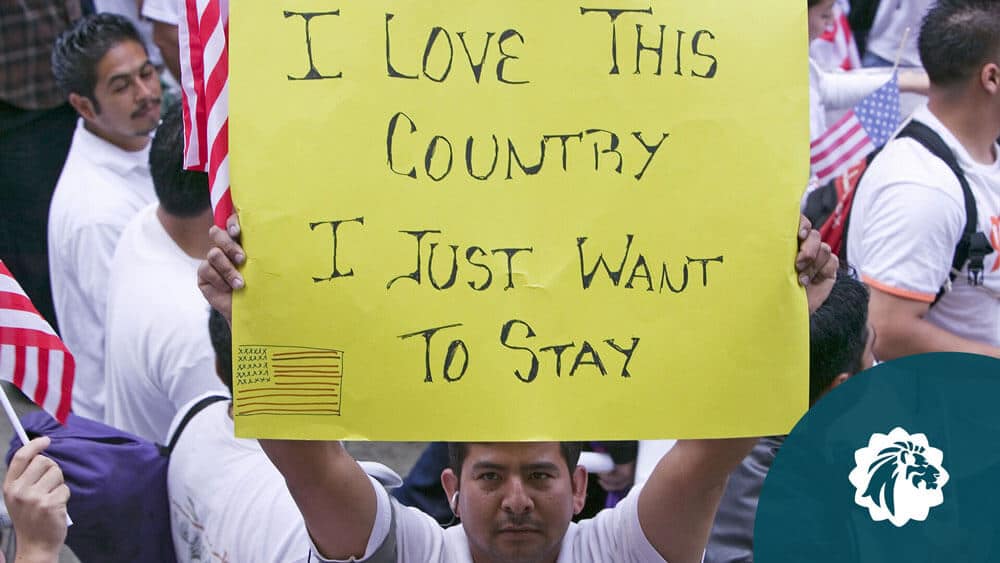 When it comes to immigration policy under the Trump Administration, one thing is certain – it is always on the chopping block. Anti-immigrant policy limitations are on the rise due to the abrupt change in the nation’s economy due to the COVID-19 pandemic. Without a doubt, the increasing unemployment rate provides President Trump with the perfect opportunity to push the anti-immigrant agenda that he proposed right from the start of his presidency. Now, more than ever, there is a real concern that he can convince all lawmakers, Republicans and Democrats, to issue limitations on legal immigration – for the sake of the U.S. economy and the American people.

Prior to the COVID-19 pandemic, the Trump administration’s rhetorical arguments for reducing immigration have failed to make it through Congress because there is no factual evidence that immigrants hurt the nation’s economy or take American citizens’ jobs. However, due to the pandemic in April alone, over 20.5 million workers reported losing their jobs in the U.S. This increase in the unemployment rate provides the Trump Administration the perfect opportunity to push his anti-immigrant plan and argue that legal immigration hurts the U.S. job market and change current laws to limit U.S immigration. This would harm all non-U.S. citizens, especially foreign workers and those seeking legal residency for the first time.

How might history teach us what’s coming next? How will you be affected?
Back in 1929, during the Great Depression, the U.S. experienced a similar rate of unemployment, and immigration agencies significantly reduced the number of green cards issued during the recession years from 300,000 to 50,0000 per year. Legal immigration was reduced by 80%. If our economy continues to worsen and history is an indicator of what the U.S. is likely to do in response to this economic crisis, Trump’s administration is likely to implement policies and push for changes in our laws that significantly reduce the options for legal residency in the coming years. This projection is alarming and indicates that immigrants may only have one to two years to wrap up their legal residency process before they are prevented by years of economic-based policy rationale to limit foreign workers.

On April 22, 2020 the Trump administration announced an executive order to limit the number of new Green Cards that would be issued over the following 60 days to prevent new immigrants from taking jobs from unemployed Americans. Hours later, Trump’s senior policy advisor, Stephen Miller, mentioned that the president’s order to limit entry to certain immigrants will set the scene for broader long-term changes to the immigration policies that he has advocated for years. He mentioned that even though the 60-day measures were publicly characterized as a “pause” during the pandemic, this executive order was only the first step in a broader effort to push anti-immigrant policies and reduce immigration to the United States.

What can you do to protect your legal status?
The first thing to do is to seek trusted information. You must find reliable sources such as experienced immigration attorneys like STERN Law attorneys who can advise you and guide you on the steps to follow to ensure that your immigration options for legal status are protected. Then, take action. You might only have 1-2 years to secure your legal status before the law changes. This means that you must start the legal application process right away. We strongly urge people who have an option for legal status to act rather than wait. Waiting will not pay off in this scenario, but instead will likely cost you so much more; waiting may cost you your future in the U.S.

Why STERN Law?
At STERN Law, we are committed to relentlessly defend your American dream. We will never give up, and we never take “no” as an answer while we fight for your legal status. Trump’s administration might implement policies that minimize immigration in the future, but while we have the opportunity, we will fight to secure your permanent residence and seek the best outcome for your life.

We will help you fully understand your situation and the expected outcome. We will together build a strong case so that you feel confident knowing that you have an experienced legal team determined to help you achieve your American dream.

Why Now?
Trump’s administration will use the economic instability caused by the pandemic to push forward anti-immigrant laws. Even though the current entry limitation was issued for 60 days, the administration is laying the groundwork and justification for further expansion of limitations on U.S. immigration.

Immigration processes can take from months to years, and unless you start processing your case now, you might not have a chance to achieve legal status in the U.S. If you have the opportunity to take advantage of the current immigration laws, the time to act is now.