Terrified of deportation and dying, a true account of what it’s like to be detained during a pandemic 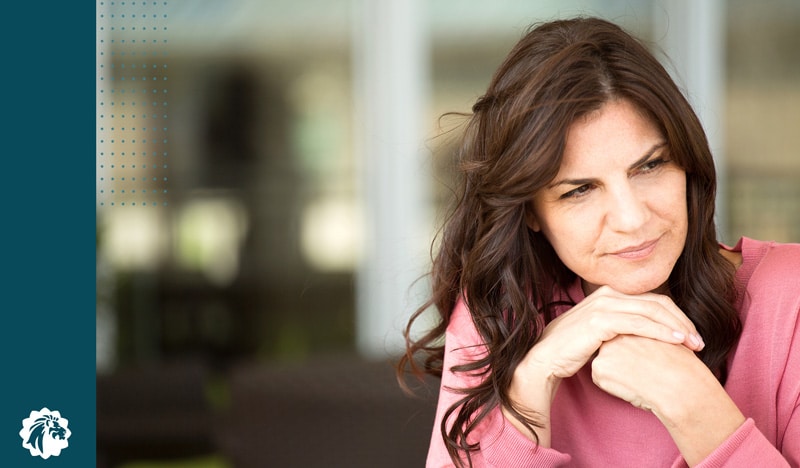 Most people around the world are worried about what can happen to them or their families during the COVID-19 pandemic. Here in the U.S., many people can relate to fears about their health, their financial future, and the stress caused by things like social distancing, quarantines, and more. While most people are experiencing similar fears, there are a few who are suffering greater worries on top of everything else. We would like to draw your attention to the unfortunate predicament of individuals like our client, a mother of four, who like many other Non-US citizens, has been uniquely victimized by the pandemic. We believe her story should be shared to bring awareness to the unique effects of the pandemic on others like her. While suffering might be different from person to person, nobody should have to suffer in silence or fight alone.

“Linda’s” Story
In order to appreciate what “Linda” has gone through as a result of the recent pandemic, it’s important to understand her immigration journey. “Linda” immigrated from Mexico and has lived in Alabama since the ‘90s. She has worked her whole life, tirelessly, to raise her four daughters who were all born in Alabama: ages 11, 12, 21, and 26. Her commitment to contribute to society by working hard is most evident by her family’s testimony. Her oldest daughter is a medical student, and her 21-year-old is enrolled to start law school in the Fall. She has raised them with love and core values that make these young women stand-up citizens like their mother. “Linda” is supportive of her community, and her church and people have a great deal of respect and admiration for her. By all accounts, “Linda” had been a model citizen and an excellent candidate for legal citizenship.

In fact, before the pandemic, “Linda” appeared to be well on her way to becoming a citizen. She became a Permanent Resident in 2016 through her 21 years old daughter’s petition and an inadmissibility waiver based on hardship to her U.S. citizen father, who has since passed away. However, in December 2019, after a trip to Mexico, she was stopped by Customs and Border Protection (CBP) without any explanation. They took her green card and told her she would need to appear for an inspection in January. She complied and did as she was instructed, and she was detained, without just cause. “Linda” was accused in federal criminal court of visa fraud from 1995 related to an application that was allegedly filed incorrectly. She was released by the federal judge to return home to her daughters and work. On March 4, 2020, the fraud charges were dismissed, and “Linda” admitted guilt to a misdemeanor Failure to Update her Address to USCIS. Her sentence was 4 days in jail, already served, and a $200 fine. CBP instructed her to come back on March 18th to begin removal/deportation proceedings, and they arrested her again, despite the fact that she wasn’t a threat to society and was more than compliant throughout the entire process.

Therefore, while people in Atlanta were worried about the pandemic and taking steps to self-quarantine and distance themselves from others to minimize infection, “Linda” found herself detained because of a technicality. “Linda” had never been arrested or had any legal problems before this situation. And even after ICE indicated in a public statement that they were not arresting people who were not a danger to the community, to minimize the risk of exposure to COVID-19, they still detained “Linda.” It made no sense.

STERN Law Fights for “Linda”
As her attorneys, we were outraged that in the middle of the biggest challenge this country has ever faced in modern history, ICE would deem that it was worth risking our client’s life by detaining her. Even though ICE had publicly announced initiatives to minimize contagion by not arresting people unnecessarily, they did the complete opposite when they reasoned that detaining a 43-year-old non-violent woman with four children somehow makes sense.

Her detention does not just put “Linda” at risk, but also her whole family, others in the detention center and the officers. The lack of clear ICE leadership or procedures is even more dangerous now. These unnecessary detentions are a reflection that the objective of this administration is not to remove people to protect their communities but to remove as many people as they can, even if it means disregarding the value of human life in the process.

STERN Law was by “Linda”’s side, and we fought at every front to secure her release. Still, even when the Immigration Judge determined she was not supposed to be detained and approved her release on bond, for the lowest amount legally possible, every ICE official involved added unnecessary obstacles to her freedom.

Fortunately, “Linda” was able to get back home. Even though we still have work to do in her case, “Linda” knew at every step that she had a relentless defender on her side. Clients like “Linda” are the reason why we fight so hard. They are the reason why we can’t and won’t stop, even in the toughest of circumstances. We hope her story helps us to appreciate and be grateful for all we have, even in the middle of a worldwide pandemic. But more than that, we hope it helps bring awareness about the unique challenges that many non-US Citizens like “Linda” are facing.

Help us share her story to raise awareness, and if you are as moved as we are, we invite you to share Jessica Stern’s report of her experience outside the detention center where she helped release this client from unjust detention.