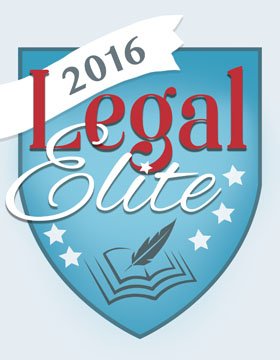 Last summer we laid out the intentions of President Obama’s implementation of Executive Orders for undocumented immigrants in November 2014. Due to the federal court’s injunction as a result of a lawsuit filed by State of Texas (with support of twenty-six other states) early last year, the action has been frozen in the court system. Now, the Supreme Court has announced it will review the case and determine the legality of the immigration deferred action programs by June of this year.

What does this mean? The entire purpose of the injunction and the review of the Supreme Court is to determine whether or not the Executive Order violates the President’s constitutional responsibility to uphold the law. Should the Supreme Court decide that it does not violate the constitution for the president to implement Deferred Action then it is most likely that both the expansion of DACA and the implementation of DAPA will move forward.

Should the Supreme Court decide that it is outside of the President’s power to implement such action, than both the expansion of DACA and the creation of DAPA will die.

When the injunction occurred there was confusion amongst communities and families who benefit from the DACA program. The biggest misunderstanding was that the injunction meant that all DACA had ceased because of the injunction. That was of course, not true. The injunction only applied to the expansion of the program benefits and the creation of the new benefits under the DAPA program for parents of U.S. citizens. It is possible that the same fear may arise should the Supreme Court vote against it. The answer remains the same: The original DACA program remains intact and will not be affected by the decision.

There has been a whirlwind of questions and attempts to be “waitlisted” for the new DACA and DAPA programs. It is crucial to understand that these programs, that are still in limbo within the court system, have no information nor any guidelines for their processing requirements. In other words, they do not yet exist. If there is legal advice being given on how one can apply for these programs or if someone is paying legal fees to be placed on a waitlist, it is not a legitimate use of resources. If and when the Supreme Court decides that the Executive Order is within legal bounds, the government will issue instructions and what is required to apply.

Of course, this spells out a very tense time in the country’s conversation regarding the dire need for immigration reform. Should this pass and go into effect, it will hold the ability to aid over four million undocumented immigrants in the United States. One can expect that with the expansion of deferred action, the qualifying immigrants will be able to obtain work authorization thus allowing them access to a driver’s license.

Technically, deferred action is not true immigration status. The government has made it clear that they do not have the resources to deport the overwhelming amount of undocumented immigrants in the country. There are priority lists in place and deferred action is simply a rule implemented to assist those immigrants who are not priorities for deportation. DACA (and DAPA) do not grant Lawful Permanent Resident Status nor Citizenship. It is simply a measure that makes the uncomfortable and difficult situation of a seemingly unlawful existence a bit more bearable while awaiting true immigration reform by Congress.