Some Driver’s Licenses Not Accepted by TSA 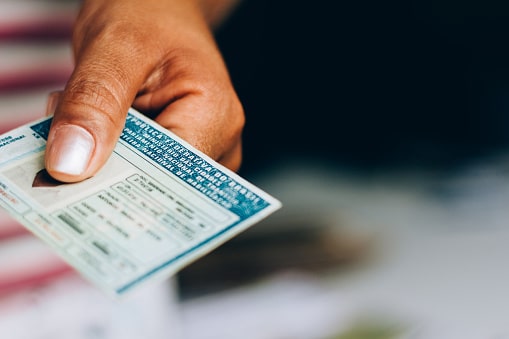 Some Driver’s Licenses will Not be Accepted by TSA
Contributions by Gabriel Pino, Paralegal for STERN Law
The Transportation Security Administration (TSA) announced that, come 2016, some driver’s licenses will not be accepted to board an airplane in the United States. If your state has not complied with the Real ID Act of 2005, or you have not renewed your driver’s license since your state implemented the additional security measures, your license will not be enough to get you in the air.

The lack of a valid driver’s license is not something new to those we serve in the immigrant community. It is a risk many have taken over the years and has resulted in numerous arrests, other legal hurdles, and the difficulty managing daily necessities. Since the Real ID Act was passed into law by the U.S. government in 2005, new standards for state issued identification (drivers licenses) have been slowly implemented with 2016 as a crucial year in the demand for compliance.

It is legislation created to prevent terrorists and criminals from obtaining state issued identification. Though such measures could be considered necessary today, it has created a source of worry and discrimination in states that have used this legislation to aggressively block the licensing of undocumented immigrants.

Surprisingly, only twenty-two have complied with the new standards while nineteen have been granted temporary waivers and four other states with waivers pending. The remaining five states (Illinois, Minnesota, Missouri, New Mexico, and Washington) have not been granted waivers and have remained non-compliant. If you have a license from one of these five states, you will likely be rejected by TSA without a valid passport.

The reason for the states’ resistance stems from concerns that the law could ultimately result in private information becoming easily accessible through a national database.

How can the federal government obligate the states to comply with the law? The answer to that lies within the federally regulations for commercial flying. The Real ID Act was separated into four phases with its final phase set to begin at the beginning of 2016. TSA will begin to demand seeing state identification that complies with the new issuance standards thus making resistance more difficult.

In reality, a January commencement seems highly unlikely (considering the Department of Homeland Security has said enforcement by the TSA wouldn’t begin without a 120-day notice). However, 2016 as a whole will most likely show a greater shift towards a more active demand. Regarding the nineteen states that have been granted waivers, they have until October 2016 before their extension expires and will then have to join the twenty states that have have complied or face challenges flying using state issued drivers licenses/ ID cards.

Within the states that have abided, undocumented immigrants have had a much more difficult experience trying to manage their day-to-day lives. With waivers expiring late next year and the DHS creating more pressure, the challenges will more than likely spread to those remaining states that have resisted.

Yes, these people are undocumented, but we forget that they are also individuals who have participated in the American culture, economy, and structure for years. Despite knowing that driving without proper identification holds extreme risks, there is often little choice but to do so. This can and has resulted in individuals being placed into removal proceedings. Fortunately, those in the United States with an Employment Authorization Document (EAD) through some means of Deferred Action will not lose their ability to obtain a drivers license.

How and when the Real ID Act will shape 2016 is still unclear, but undocumented immigrants residing in noncompliance/waiver states should continue to pay attention for changes to come.

ARTICLE UPDATE – Jan 14, 2016: Department of Homeland Security announced that the REAL ID Act will not be enforced until January 22, 2018, providing time to update IDs and ensure compliance.