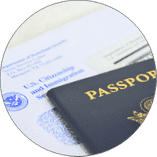 Secure Communities, a massive government surveillance program launched in 2008 by Immigration and Customs Enforcement (ICE), has failed to increase the removal of its primary announced targets: noncitizens who have committed crimes other than minor violations. This is an ambitious national program under which millions of fingerprints gathered by local law enforcement agencies are automatically transmitted to ICE via the FBI so that the immigration agency can then issue “detainers” requesting that local authorities hold selected individuals for possible later deportation. Police officers are essentially deputized as ICE Agents in 37 jurisdictions across the country under 287(g) agreements.

According to a new examination of detailed agency records by the Transactional Records Access Clearinghouse (TRAC) at Syracuse University, the number of such individuals deported by ICE has actually declined over the last four years.

TRAC’s analysis was based on ICE records of 2.3 million deportations, obtained as a result of scores of requests for case-by-case records under the Freedom of Information Act. Covering the period from FY 2008 – FY 2013, the report presents a detailed portrait of the changing nature of criminal offenses represented in these ICE deportations.

TRAC’s analysis shows that in FY 2013 only 12 percent of all deportees had been found to have committed a serious crime. And for fully half of those convicted, the most serious charge was only an immigration or traffic violation.

For full details, including counts for specific criminal offenses, see the report at: https://trac.syr.edu/immigration/reports/349/