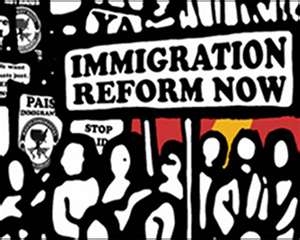 “We have neither the resources, the capability, nor the motivation to uproot and deport millions of illegal aliens, many of whom have become, in effect, members of the community. By granting limited legal status to the productive and law-abiding members of this shadow population, we will recognize reality and devote our enforcement resources to deterring future illegal arrivals.”

-Attorney General’s Testimony at Joint Hearing before House Subcommittee on Immigration in 1981.

There is a long-standing acknowledgement of the reality that our government has limited resources and is unable to deport the millions of immigrants who are unlawfully present in our country. It isn’t a new problem.

And the use of prosecutorial discretion or deferred action is not a new policy.

However, a recent federal law suit brought by the State of Texas (and joined by 25 other states) has resulted in a temporary injunction against the United States government, prohibiting them from providing the federal benefits of the Deferred Action for Parents program that President Obama announced in November 2014.

Just today, the federal appeals court refused to lift this temporary hold on the executive action that could affect as many as 5 million undocumented immigrants living in the U.S. and prevent their deportation.

Legal Question Presented to the Court: Whether the Constitution allows for the executive branch to exercise this power (the development of an administrative policy without the passing of legislation)?

The Executive Branch has discretion in choosing who to prosecute and who not to prosecute. Separation of Powers doesn’t typically allow for judicial scrutiny or review (so long as there aren’t violations of law or Constitution). The legal challenge (and the court’s injunction) is based on the offering of a benefit that isn’t provided explicitly in the law.

States claim they “ultimately bear the brunt of illegal immigration.” They have shown the court evidence of direct, significant economic injury based on the net loss for cost of driver’s licenses per applicant and the REAL ID processing fees required by the federal government. The States claim that the Feds have abdicated their responsibility to enforce immigration laws, which gives them right to sue, because the States are not legally allowed to enforce immigration laws.

Court’s ruling: The court agreed that the states have the right to sue, and that the claims have merit which will be further presented later this year for final decision. The federal government has appealed this ruling; however, even the hearing on the appeal unfortunately will not take place until July, and the decision won’t be for months after that.

Explanation of the Deferred Action Programs and President’s Announcement

There are an estimated 11 million undocumented immigrants present in the U.S.

It’s impossible to deport everyone.
We don’t want to deport everyone: community, parents of USC’s, fabric of American life and culture
Need to allocate resources in ways that make sense financially but also considering humanitarian factors
Deferred Action for Childhood Arrivals (DACA) has already existed since 2012, but this program is meant to expand DACA and provide a similar protection for Parents of U.S. Citizen Children through DAPA.

deportation of terrorists, those with felonies and significant misdemeanors;
those with new deportation orders; and
those who are coming over our border TODAY.
This announcement and the plan for implementation of the programs provided hope for around 4-6 million parents of U.S. Citizen children who stand to be affected. Finally, our neighbors, parents of our childhood friends, hardworking laborers, who have been in the shadows of our communities for decades…could soon step into the light and not be afraid of deportation. Finally, USC kids and young adults could live without so much guilt of being blessed with citizenship while their parents and siblings have been plucked from their homes and separated by deportation … or living with the constant fear that this could happen every time their dad gets in the truck to go to work.

While we were rejoicing at even this temporary protection and all the hope that was to come with it, opponents were plotting the challenges and blockades from every angle. Of course, we all knew that Congress could refuse to approve the budget for immigration agencies, but apparently they didn’t want the heat of a total government shut-down again.

Is Deferred Action for Parents (DAPA) Dead? I am concerned. However, I do not think the court was correct that the federal court has abdicated its responsibility. They implemented a process or program used to identify those who are not a priority and clearly indicate that ICE will not use limited resources to remove those people. This clears the way for ICE to instead focus on those who are a priority to remove and proceed. How is this abdication? It’s a discretionary, unbinding, and nonpermanent selection process which uses the Executive Branch’s inherent prosecutorial discretion power.

We will have to see what the 5th Circuit Court of Appeals decides. *fingers crossed*