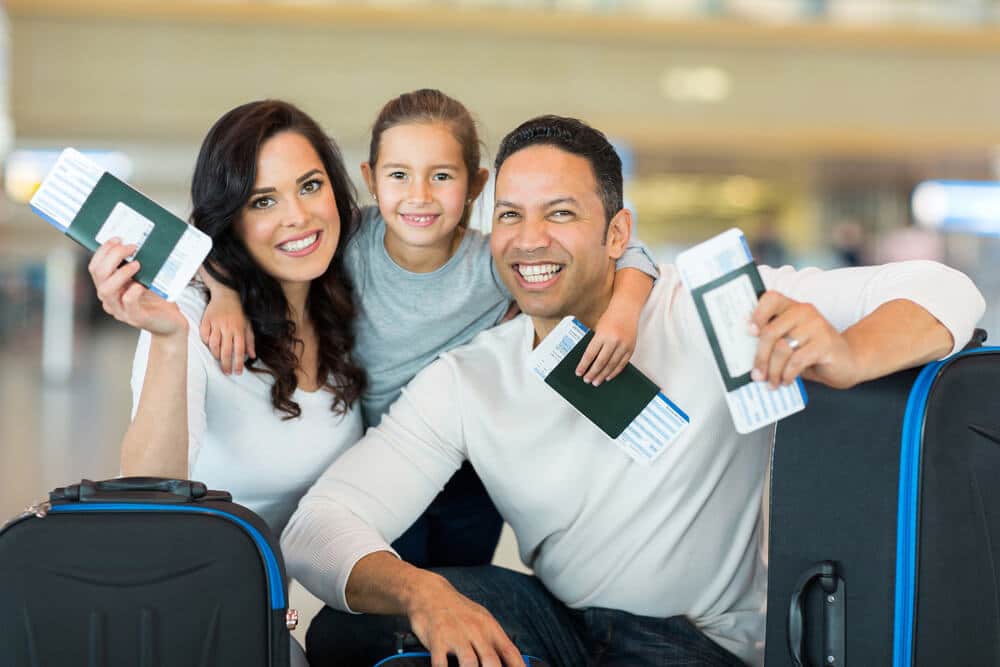 Did you know that visa holders, undocumented immigrants, and other immigrants outside of the U.S. can apply for immigration benefits through a family member who is a U.S. citizen or a lawful permanent resident?

Non-U.S. citizens can obtain their green cards through relatives who are United States citizens or permanent residents. There are quite a few factors that determine the success of achieving immigration benefits, such as the type of relationship, the current location of the beneficiary immigrant, length of time in the U.S., whether their entry was legal or not, and if there were violations of immigration laws that could prevent residency.

The more significant the relationship is, the more likely the relative will achieve immigration benefits under U.S. immigration law.

*Disclaimer: the information in this blog is informational only and should not be taken as legal advice. You must consult us, as an experienced immigration attorney, to receive legal advice specific to your situation.*

If The Relative Is A U.S. Citizen
U.S. citizens are allowed to petition for more distant relatives than someone who simply has their lawful permanent residency. The existence of U.S. citizenship also expedites the process of bringing their relatives into the country. They are able to immigrate here sooner than if their relative only has a green card.

If you fall into any of these categories, you can apply for immigration benefits as an immediate relative of a U.S. citizen:

If The Relative Is A Lawful Permanent Resident
It is slightly more difficult to help relatives receive immigration benefits if you are a lawful permanent resident and not a U.S. citizen.

If you fall into any of these categories, you can apply for immigration benefits as a relative of a lawful permanent resident:

Once an experienced immigration attorney assesses legal eligibility, they will recommend you proceed with Form I-130, also known as a Petition For Alien Relative. This form establishes the U.S. citizen or lawful permanent resident’s relationship to the relative who wishes to get their green card and reside in the United States.

The sooner they apply for immigration benefits, the sooner they will be placed in the line. Once they are at the front of that line, they could become eligible to undergo a background check and meet other requirements.

It’s important to note that the I-130 Petition does not provide residency status or any benefit when approved. This is only the foundational petition that is necessary as the basis for a residency application.

How Long Before They Can Immigrate To The U.S.?
“Immediate relatives” of U.S. citizens are given special consideration compared to others, like adult sons or daughters (over 21) and siblings. There is no waiting list for the spouse, unmarried child under the age of 21, or a parent of a U.S. citizen. They will be invited to apply for a green card as soon as their petition is approved, and sometimes can file for residency along with the I-130 petition, in very specific circumstances.

Other relatives may have to wait several years to obtain their green card because of the high demand and the limits on how many people can immigrate to the country each year. The wait time for petition approval and the following wait time for an immigrant visa can be very long.

If your relative resides in another country, they must remain there. The I-130 petition does not allow them to live or work in the U.S. until they receive a green card, and typically they are not allowed into the U.S. legally until the visa/residency application is approved

Becoming a Financial Sponsor For Your Relative
It’s important to note that the lawful permanent resident or U.S. citizen helping a relative apply for immigration benefits also has to agree to financially sponsor that person. Under U.S. immigration law, each person who immigrates here based on a family connection is required to have a financial sponsor who fits certain requirements.

The commitment of a financial sponsor is ongoing. They would be legally responsible until their relative becomes a U.S. citizen, is credited with 40 quarters of work (which can take a decade), leaves the U.S., or passes away. However, the realistic implications of this are not as severe as it may seem. Talking to an attorney about true commitment is important.

The requirements for being a sponsor for a relative applying for legal residency are:

You are at least 18 years old and a U.S. citizen or permanent resident
You have a domicile in either the U.S. or a U.S. territory or possession
You can prove an income level at or above 125 percent of the Federal poverty level (100 percent for active-duty military personnel)
You submit an affidavit of support, which can be done by submitting Form I-864
The government needs to consider your income and other assets enough to support your relative immigrating to the U.S. If it isn’t enough, you can also look into getting a joint sponsor, who is someone who is willing to support an immigrant family member alongside you. The joint sponsor must also fill out Form I-864.

However, you often cannot combine your incomes together. The joint sponsor needs to be able to financially support your relative alone in regards to the 125% income requirement.

STERN Law Can Help Get Your Relative To The U.S.
Do you have a relative you want to help apply for immigration benefits? You should obtain legal counsel to make sure you go about it the correct way. These days, a denied application is referred to ICE for deportation proceedings. Legal immigration is being restricted by the current administration. Delaying your application could truly cost you your future in the U.S. STERN Law has helped many people earn green cards and become permanent residents through qualifying family members.

STERN Law also encourages you to obtain your citizenship. You may have legal residency in the United States, but a green card does not offer the same benefits as U.S. citizenship. As a citizen, you can provide immigration benefits for your parents, children, and siblings to join you in the U.S. far easier than as a lawful permanent resident.

If you want to become a U.S. citizen or help a relative apply for immigration benefits, contact STERN Law today. We make sure everything is done the right way, without error that causes delay, rejection, or deportation. We are happy to work with you from the time you file the petition for your relative until the day they arrive in the U.S., with their green card in hand.