How Does Access To Legal Representation Affect Immigration Court? 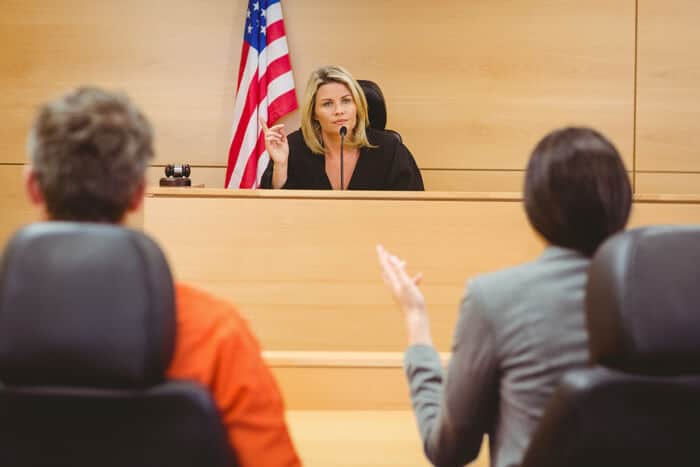 Imagine for a moment that you are an immigrant in the United States without legal status. You are driving down the road one day and the police pull you over. You start to panic because you don’t have a license and you know the police will realize you do not have proper documentation.

You get detained by immigration. They threaten to send you back to your home country and all you can think about is your family. If you are deported, you would be separated from your spouse and children. Your entire future is in jeopardy and it all started with a simple traffic stop.

That is the reality for many immigrants, and it was the situation that Edgar and Esmeralda faced when he was pulled over at a traffic light and held by immigration. Without permanent residency, he was unsure of his future in the United States. His wife and 5 daughters were terrified that their hero would be deported. They just wanted to achieve the American Dream, but their bubble was burst – and suddenly everything they built was at risk.

They contacted STERN Law after other attorneys failed to secure Edgar’s release. We fought so hard, and we won! Not only did we stop Edgar’s deportation and get him back home to his family – we secured his permanent residency. Edgar went from undocumented to Lawful Permanent Resident. Now, Edgar has a great job, they bought their first house, and their kids are happier because they don’t have to worry about their father being deported. They don’t have to think about the struggles of being undocumented, like working without being paid properly, being overcharged for apartments, or being held by immigration.

We know Edgar and Esmeralda’s experience is very similar to what a lot of undocumented immigrants are going through right now, particularly with the immigration laws changing on a daily basis. It can be hard to figure out how to start working towards permanent residency.

The fear of deportation is a shared experience in the immigrant community. We are sharing their story of success so you know that there is hope for your situation, too.

STERN Law is nearly 3 times more likely to stop their clients’ deportation than other attorneys in Georgia. 54% of the time, our clients stay in the U.S. permanently as opposed to 12% of other cases in Georgia deportation courts.

Interested In Securing Your Permanent Residency?
As Edgar and Esmeralda explained, there are a lot of benefits to securing your permanent residency. They are excited to use the benefits that came with his Green Card to start building their American Dream without fear of the future. Having permanent residency relieves a lot of fear about your status in the United States and gives you more legal rights.

Here are some benefits that come with permanent residency:

Ability to apply for citizenship in the future
You can sponsor immediate family members
Lower college tuition fees
Easier travel in and out of the U.S.
Qualify for social security benefits
Better career opportunities
You may be eligible to get a Green Card as:

an immediate relative of a U.S. citizen: includes spouses, unmarried children under the age of 21, and parents of U.S. citizen petitioners 21 or older
a family member of a U.S. citizen fitting into a preference category: includes unmarried sons or daughters over the age of 21, married children of any age, and brothers and sisters of U.S. citizen petitioners 21 or older
a family member of a green card holder: includes spouses and unmarried children of the sponsoring green card holder
a member of a special category: can include battered spouse or child (VAWA), a K nonimmigrant, a person born to a foreign diplomat in the United States, a V nonimmigrant or a widow(er) of a U.S. Citizen
Where Do You Start?
As Edgar and Esmeralda said, the first step you should toward achieving permanent residency is to find a reliable, experienced immigration attorney, such as the attorneys at STERN Law, who can help guide you through the process of getting a Green Card and ensure that you go about securing your legal status the correct way.

After that, we recommend that you start the process to obtain permanent residency right away. With immigration laws varying day to day, there is no time to waste. Our legal team will help you through the entire process, just like we helped Edgar. We won’t rest until you are holding your Green Card in your hands.

We can also help you take your first steps towards citizenship so you don’t have to worry about your legal status ever again.

How Do You Achieve Citizenship?
If you’re already a permanent resident like Edgar, why not take the next step and become an official U.S. citizen? There is a difference between a U.S. Green Card and U.S. citizenship and they’re important to be aware of if you’re serious about staying in the country.

There is a misconception that holding a Green Card makes you immune to deportation. That isn’t true. While it definitely provides protection from deportation, Green Card holders can still be detained in certain situations, such as after committing a crime. If you attain citizenship, you don’t have to worry about being deported ever again.

Here are some benefits of being a U.S. citizen that are not available with a Green Card:

Voting: Your voice would count in the law-making process, which directly affects you.
Protection from deportation: You are at risk for deportation until you are an official U.S. citizen. One mistake and you’re gone.
Bringing family members to the U.S.: Citizens can provide their family members with immigration benefits so they can come to the U.S.
Access to federal jobs and privileges: Some jobs in the U.S. are restricted to citizens only.
How Can STERN Law Help?
STERN Law wants to help you achieve legal status. With immigration laws and policies changing everyday, we strongly encourage non-U.S. citizens to start the process to obtain their Green Card now rather than later.

When you come to STERN Law, we listen to your concerns and help you fully understand your case and the expected outcome. We helped Edgar and Esmeralda achieve permanent residency, and we can do the same for you and your family.

Experienced immigration attorneys are ready to navigate your case and secure your immigration benefits.

STERN Law is nearly 3 times more likely to stop their clients’ deportation than other attorneys in Georgia. 54% of the time, our clients stay in the U.S. permanently as opposed to 12% of other cases in Georgia deportation courts.

We never take “no” as an answer while we fight for your legal status. Let us help you achieve your American Dream.

Contact us today for an assessment of your case.