Exploiting the Myth of the Criminal Alien 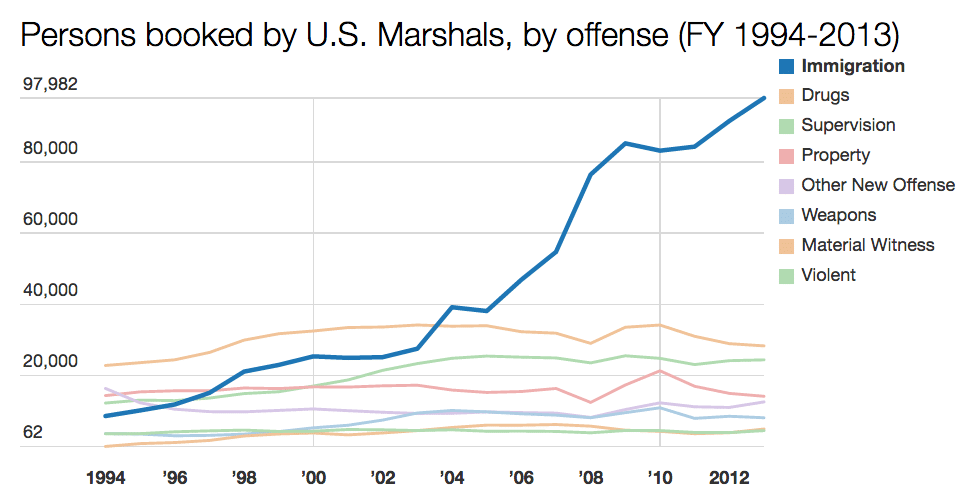 Contributions by Xavier Torres de Janon, Legal Assistant for STERN Law
In one of the most recent examples of immigrant vilification, presidential candidate Donald Trump intended to instill fear of the “criminal alien” by exploiting a group called, “Angel Moms.” These women have sadly lost their children to violent acts of crime. They have rallied around one common characteristic of each perpetrator – not the criminal’s mental instability or dangerous addiction to drugs, nor an overall issue with violence in our country. What unifies them specifically is the murderer’s status as an “illegal alien.” The world was watching this spectacle of a mothers’ pain. The goal is clear: to cast a very negative light on folks in our country who do not have lawful immigration status. It even seems that the goal is convince the public that a person in this scenario is not only “illegal,” but probably a violent criminal.

This is a skillful strategy, as U.S. Americans worry that they’ll be the victim of violent crime (63%) than that of terrorism (51%). It makes sense that a politician would use this fear to make believe that there is a relationship between immigration or “immigration reform” and crime. “Criminal aliens” are in fact our clients, who many people in our country have never had the opportunity to get to know. They can’t understand the difficult life decisions that most immigrants make to better the future of their families. Instead, because of the exploitation of their images, misinformed citizens feel that immigrants are mostly criminals or violent. The dangerous result is viewing every immigrant, regardless of situation, as evil villains with poor intentions.

Defining Criminal Alien
Who even is a “criminal alien”? Uninformed politicians push forward a definition that is far from the official one – which defines “criminal alien” is a non-U.S. citizen (documented or not) with any criminal conviction – even as small as traffic violations or misdemeanors. Some have painted a picture of a failing government that is not detaining or deporting those convicted of crimes, but this is simply FALSE. Since the Department of Homeland Security (DHS) admitted that it lacks the resources to deport all 11 million undocumented immigrants, it now exclusively focuses its efforts on those with convictions and recent arrivals.

Given the narrowed Immigration and Customs Enforcement (ICE) priorities, we have actually seen more deportations under this administration than any in recent history. Ripe for exploitation, only 25% of the U.S. population actually believe that the number of deportations has increased over the past 5-6 years. Not only this, but criminal immigration charges, such as illegally reentry and passport fraud, substantially outpace every other type of federal prosecution. Numbers have skyrocketed since 2005 to the point that U.S. Marshals are currently detaining more than double the amount of people due to immigration offenses than for drugs.

Fighting Criminal Alien Myths
It is undeniable that a non-U.S. citizen, like any other person in our country, can commit a crime and become a “criminal.” But since a crime can be anything from a traffic light violation to murder, statistics for detention and deportation of “criminal aliens” must be viewed with that in mind. The truth is that the vast majority of undocumented folks are not deported for felony convictions. They are deported as a result of a traffic, DUI or other misdemeanor offense. The common scenarios stem from the inability to qualify for a driver’s license and arrests that take place as a result, not from taking someone else’s life. At STERN Law, we are fighting deportation every day, asserting legal remedies and defenses, and it’s absolutely a hard-fought battle. The government is not missing any opportunity to deport those with criminal convictions. The idea that the immigration court deportation system can be intensified further is not only unrealistic, but terrifying and inhumane.