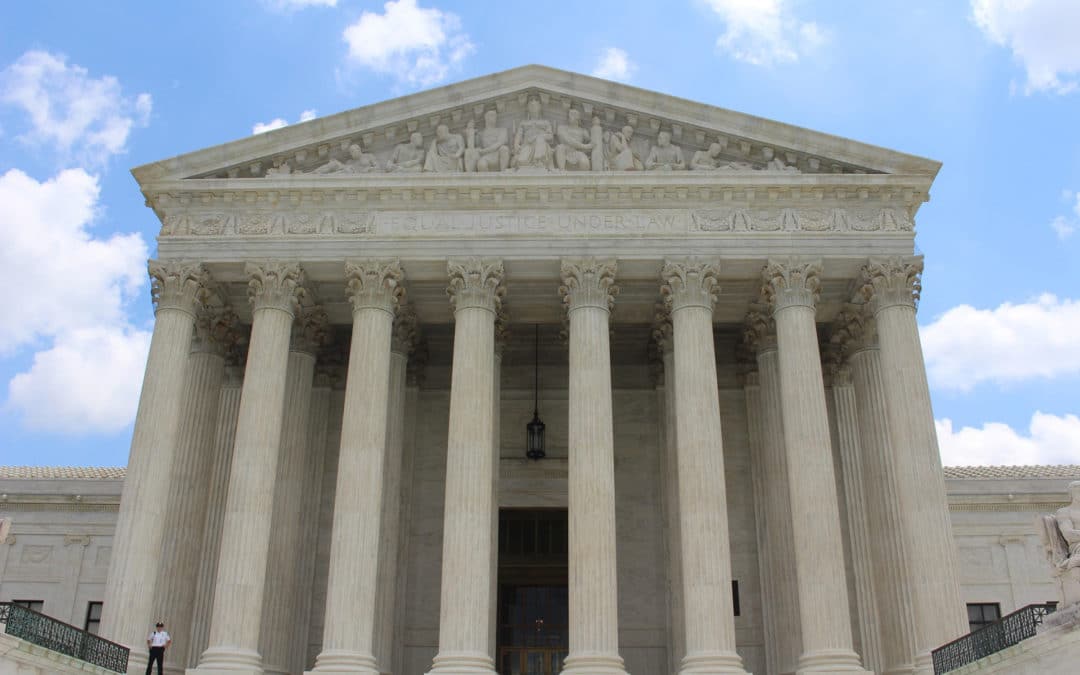 Under the Trump administration, USCIS (U.S. Citizenship and Immigration Services) is transforming from the immigration benefits service that Congress intended into a third immigration enforcement agency. Now, more than ever, applicants should seriously consider working with an experienced CrImmigration team – like STERN Law – especially if the person has ever been arrested or has any conviction record.

1. Acted in concert with ICE to carry out deportation “traps.”
In 2018, the American Civil Liberties Union (ACLU) uncovered that USCIS and ICE repeatedly turned the USCIS immigration benefits process into what ACLU has deemed a “trap.” ICE executed a series of arrests of noncitizens with final deportation orders who were attending I-130 interviews with their spouses (or other family) at USCIS offices.

2. Stripped the phrase “nation of immigrants” from the agency’s mission statement and no longer consider applicants as “customers.”
In 2018, USCIS devised a new mission statement that broadcasts the agency’s shift away from service-oriented case processing. The revised language omits the prior version’s recognition of the United States as a “nation of immigrants” as well as a reference to applicants and petitioners as “customers.” The elimination of this language is inconsistent with Congress’s creation a USCIS expressly dedicated to providing “immigration and citizenship services.” It reflects a complete change in culture and encourages more of an adversarial process.

USCIS may now issue NTAs at the time the application or petition is denied where applicants or petitioners are not “lawfully present” in the United States OR those who violate immigration law for criminal convictions. This shift could result in the deportation of far more applicants and petitioners than under prior guidance. USCIS has therefore assumed a sharply enhanced immigration enforcement function that until now has been predominantly performed by ICE and CBP. The new NTA policy will also create a profound chilling effect on the filing of applications and petitions with USCIS due to fear of unjustified enforcement. Contrary to the will of Congress, then, the NTA policy deters legal immigration instead of facilitating it.

4. Issued a memorandum authorizing adjudicators to deny certain cases without first allowing applicants the opportunity to provide additional supporting evidence.
As a result of a 2018 USCIS memorandum, immigration officers now have the discretion to deny cases that are missing initial evidence without first requesting that applicants supply the needed information. Previous agency guidance required adjudicators to issue a “Request for Evidence” if a filing was insufficient and/or failed to meet the standard of proof—helping ensure a fair opportunity to complete the record. The new guidance leaves applicants subject to peremptory denials even for innocent filing mistakes or misunderstandings of evidentiary requirements—a serious risk for individuals lacking legal representation.

5. Unveiled guidance enhancing the likelihood that foreign students and exchange visitors could face long-term bans on re-entering the United States.
USCIS has significantly changed how it calculates foreign students and exchange visitors’ accrual of “unlawful presence,” the duration of which can hold serious enforcement consequences. Previously, these individuals would accrue unlawful presence only after a formal finding by USCIS or an immigration judge. Under the revised guidance, they begin accruing unlawful presence on the day after the status violation itself. The change in policy eviscerates due process by eliminating the opportunity to challenge a claim of unlawful presence before they are banned. In many cases, noncitizens may not be aware that the violations occurred until years after the fact.

6. Compounded crisis-level case processing delays that often result in applicants’ loss of legal immigration status.
USCIS has adopted a series of policies—such as an in-person interview requirement for employment-based green card applicants and certain relatives of asylees and refugees—that compound delays by needlessly hindering adjudication efficiency. This case processing crisis harms families, U.S. businesses, and vulnerable populations throughout the country that depend on timely adjudications. A key outcome of these slowdowns is an enhanced danger that, as a noncitizen awaits delayed processing of an application for a new immigration benefit, the validity period of her existing immigration benefit expires, leaving her without lawful immigration status through no fault of her own. On an immediate level, that expiration can trigger job loss, insolvency, and other consequences.

7. Requested the transfer of over $200 million in applicant and petitioner fees out of USCIS into ICE for, among other purposes, the hiring of over 300 ICE enforcement officers.
At the same time that USCIS is failing to meet its statutory mission of efficient benefits administration, it has sought to transfer over $200 million into ICE for immigration enforcement purposes. This effort to move funds intended for “processing immigration benefit applications” into ICE for denaturalization and other enforcement activities casts a bright light on USCIS’s change of focus. USCIS’s prioritization of ICE’s work over its own, particularly at a time of crisis-level case processing delays, is directly at cross-purposes with its statutory mission.