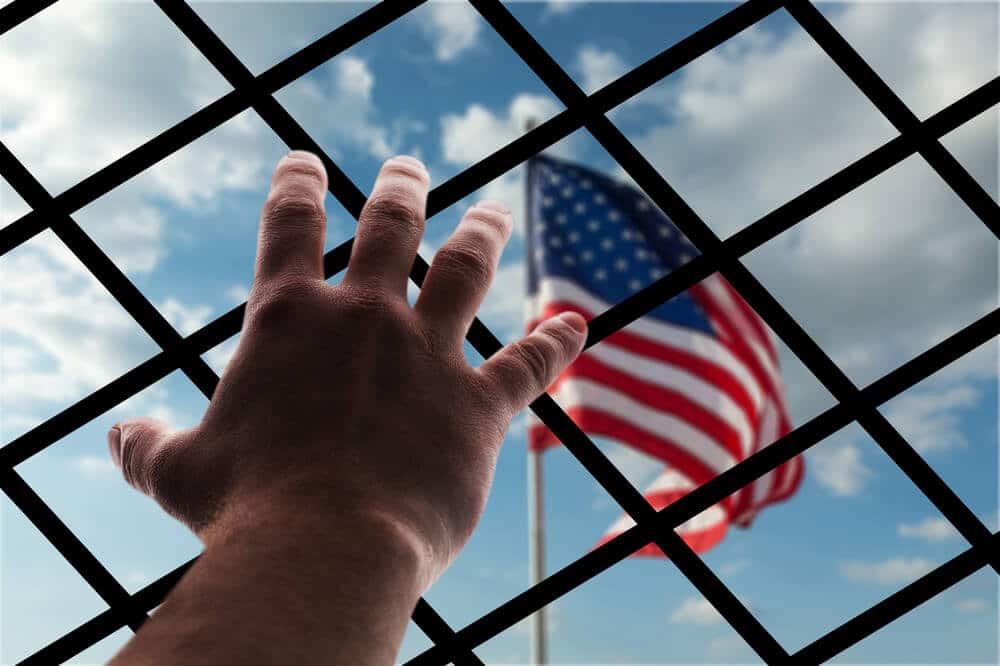 Being arrested is scary enough as a U.S. citizen. There are many unknown factors: your criminal charges could affect your employment and result in serious prison time. As a non-U.S. citizen, however, being arrested is even more life-changing..

Non-U.S. citizens with criminal charges have to worry about their future in the United States, on top of all the other factors. After being charged with a serious crime, you may wonder, will ICE detain you? Can you keep your visa and work? Will you lose your green card? Can you still become a U.S. citizen? Will you be separated from your family?

All these questions are scary to consider. Deportation becomes a significant concern when a non-U.S. citizen is facing serious criminal charges. Defending these charges can feel overwhelming, especially if you aren’t familiar with criminal or immigration laws. It is essential to obtain experienced CrImmigration counsel to help walk you through every step and make each decision carefully.

What Kind Of Crimes Require Legal Counsel?
STERN Law recommends obtaining legal counsel for any criminal charges you may receive. Many of these crimes are considered grounds for deportability or inadmissibility. Here are some serious crimes that an experienced CrImmigration lawyer can help you defend to avoid deportation.

Controlled Substance Offenses
Possessing small amounts of most drugs is still considered a felony offense. A conviction for most controlled substance offenses will violate immigration laws, resulting in deportation or inadmissibility.

Possession of drugs
Intent to sell or distribute
Federal Immigration Crimes
The federal Department of Justice has made it a priority to focus on the prosecution of immigration crimes to the fullest extent.

Aggravated identity theft
Employment theft/embezzlement
Counterfeiting/forgery
Money laundering
License investigations
Violent Offenses & Sex Crimes
Most violent offenses and sex crimes are crimes of moral turpitude and aggravated felonies, and the charges alone can lead to denial of your citizenship application. If convicted, you will most likely be deported and barred from reentry.

Violent offenses and sex crimes include:

Deportable Offenses
Becoming deportable is a significant concern for a non-U.S. citizen with serious criminal charges. Deportability is a determination of whether specific immigration laws are violated by someone residing within the United States.

These deportable offenses include:

The details of these deportable defenses are complicated and difficult to understand. It requires extensive knowledge of both criminal and immigration law and an understanding of continually changing laws and policies. Every person’s case is different. You must find a CrImmigration legal team to help you find the best option to defend your criminal charges so you can stay in the United States.

Inadmissible Offenses
Being convicted of certain crimes can cause you to become “inadmissible” to the United States, meaning you cannot re-enter the country after leaving it. If you are inadmissible, you would not be able to receive lawful permanent residence, regardless of whether you previously qualified for it.

Some inadmissible offenses include:

Having entered the United States without permission.
Having committed fraud to gain an immigration benefit.
Having helped smuggle other foreign-born people into the U.S.
Carrying communicable diseases of public health significance, such as tuberculosis.
Having been convicted of any of certain crimes.
Having a physical or mental disorder that presents a danger to the immigrant or others.
Being likely to become a “public charge,” requiring financial assistance from a government body.
Constituting a threat of terrorism or espionage or seeming likely to engage in any subversive activity against the United States.

Were You Convicted of a Crime?
Are you aware if you were convicted of a crime or not? Sometimes, people don’t realize that they have a conviction on their record for immigration purposes. Under federal immigration law, even dismissed criminal charges can be considered convictions.
Before you fill out your immigration application, you need to know if the conviction will make you either removable/deportable from the U.S. or inadmissible to the U.S. for legal status. If you fill out an application with a conviction and don’t receive proper legal counsel, it could result in rejection and deportation.

Even if your criminal case is over, contact a reputable CrImmigration law firm like STERN Law to look over your case and advise you of the next steps you need to take. Your future in the U.S. could be at stake.

What Do I Do if I Receive Serious Criminal Charges?
The first thing you should do when you’re facing any criminal charge, especially those listed above, is to contact an experienced attorney. While criminal attorneys may know criminal law exceptionally well, they most likely aren’t well-versed in immigration law. They may tell you to contact an immigration lawyer who can help you understand that aspect of your situation.

Instead of spending time going back and forth between a criminal attorney and an immigration attorney, choose a law firm specializing in both. You should seriously consider STERN Law as counsel for your criminal case. You will receive consistent and accurate advice regarding the impact on your immigration status from the very start.

If you need help with your criminal immigration case, contact us today.