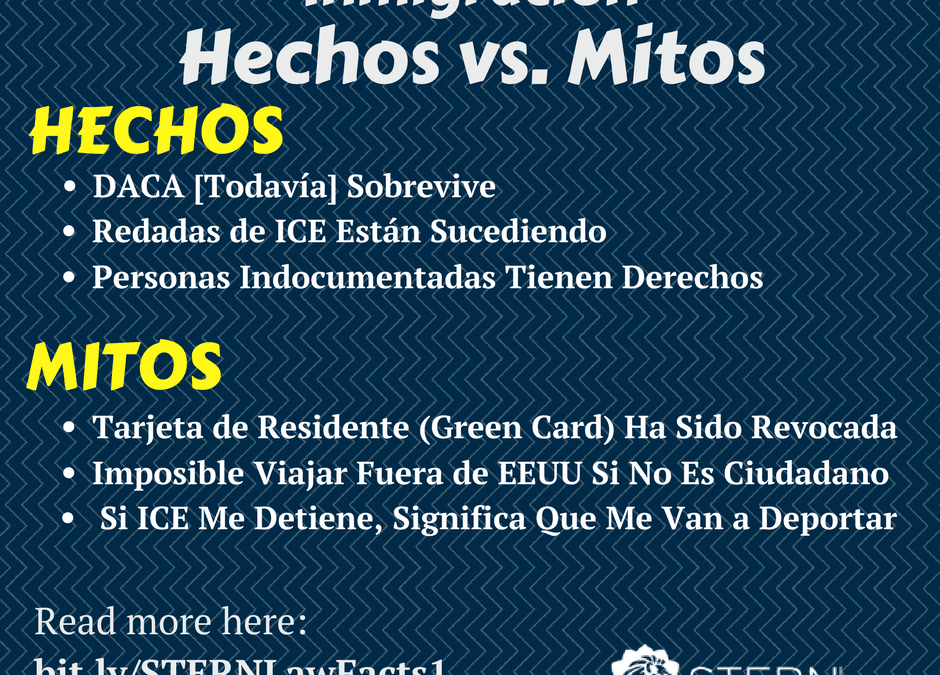 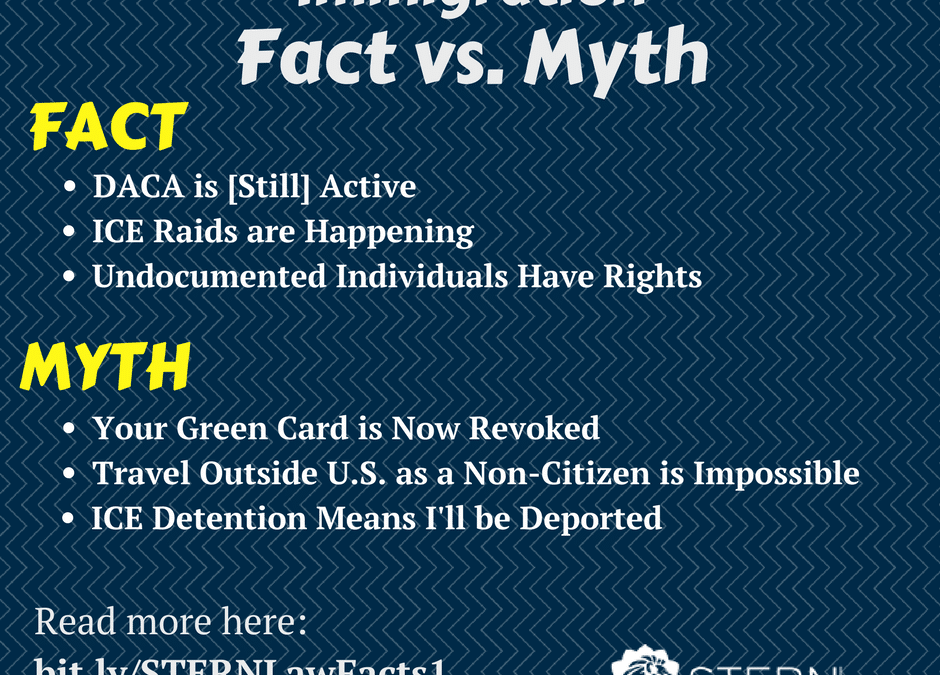 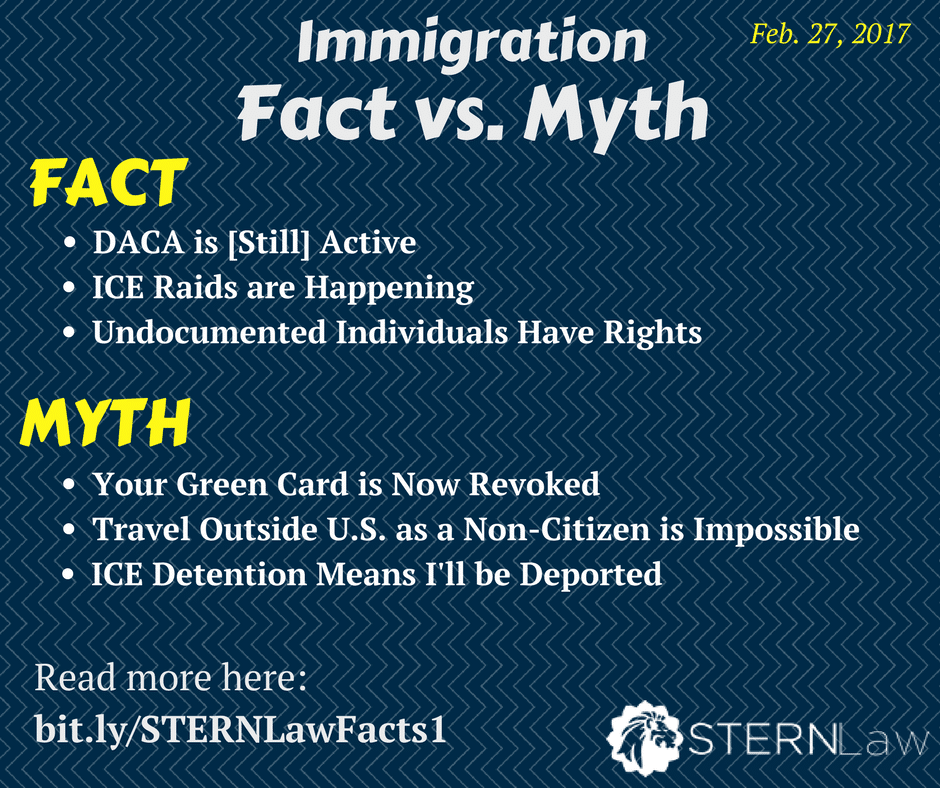 There has been an overwhelming amount of immigration myths and misinformation in recent weeks. Our entire team at STERN Law recognizes that it is incredibly difficult to distinguish facts from the myths. We are committed to providing the most up-to-date, accurate information possible. Hence, here is a short list of current truths and fictions for your consideration. Share with your communities and come back for additional announcement later this week!

Fact
DACA is [Still] Alive
Deferred Action for Childhood Arrivals (DACA) was signed as an Executive Order by former President Obama in 2012. Although President Trump has the power and authority to undo it at any time, he has not done so, nor is there any official direction to stop accepting DACA applications and renewals. Nevertheless, it is important to remember that DACA has never meant obtaining “legal status”; it is a temporary protection extended through Executive Order only, and it can end at any time.

ICE Raids are Happening
Immigration and Customs Enforcement (ICE) “raids” are happening, and it’s irresponsible to think otherwise. ICE mass apprehensions are documented and verified from California, to Georgia, to New York. Most often, ICE agents knock on doors of family homes, claiming to look for a suspect and pressure for “consent” to enter. However, you are not required to open your door unless you are shown a warrant; if you answer the door, it’s best to step outside and close the door behind you. There are also reports of ICE agents in plainclothes waiting outside of public places, especially court houses. We have heard accounts of TSA boarding domestic flights requesting proof of status. Do not panic and be aware of your community. There are many of us working to defend and protect immigrant communities, and fear will only paralyze us.

Myth
Your Green Card is Now Revoked
Lawful permanent resident status cannot be revoked without a removal Order from the Immigration Court or other official written decision notification by USCIS. Your status doesn’t expire with your green card, but you need a valid card to prove your lawful status. You could be subjected to removal proceedings (with due process of law) if you commit an aggravated felony, a crime of moral turpitude, or remain outside of the United States for over 6 months. Immigration laws have not changed, and you should not fear for your Legal Permanent Resident (LPR) status simply as a result of the new administration. Nevertheless, we understand the anxiety and fear. But you should not allow this myth to affect your regular decision-making.

Travel Outside U.S. as a Non-Citizen is Impossible
You have legal rights and options as a non-citizen. Unless there is a particular reason why you believe there might be issues, do not live in fear of travel simply because of the previously issued travel ban. Relatedly, it is false that non-citizens, and U.S. citizens of Muslim faith, are not able to safely leave the United States. If you have a particular concern, contact an immigration attorney immediately to discuss your options.

ICE Detention Means I’ll be Deported
If you do not have legal status in the United States, Immigration and Customs Enforcement (ICE) has the authority to place you in deportation proceedings. However, this does not mean that your detention will absolutely result in your removal from the country. There are often options and alternatives in the majority of situations. STERN Law is ready and willing to fight for you and your chance at the American Dream. We do not believe that you are defined by the worst thing you (may) have done. Be informed. Be empowered.